A guide to what you can see:

This is a 009 scale layout. It uses N Scale track to represent a narrow gauge operation at the same overall modelling scale as 00 gauge.

It was born as a shared project between grandad Basil and grandson Murphy and transported on visits to work on together in Cawsand. Built-up around an idea of a Cornish quarry using narrow gauge railway to move quarried stone onto a Tamar barge – a traditional cargo vessel built locally – the sailing barge Lynher is a Tamar barge still sailing local waters. The buildings, rolling stock and loco have been built using prefabricated kits and painted to suit the setting. 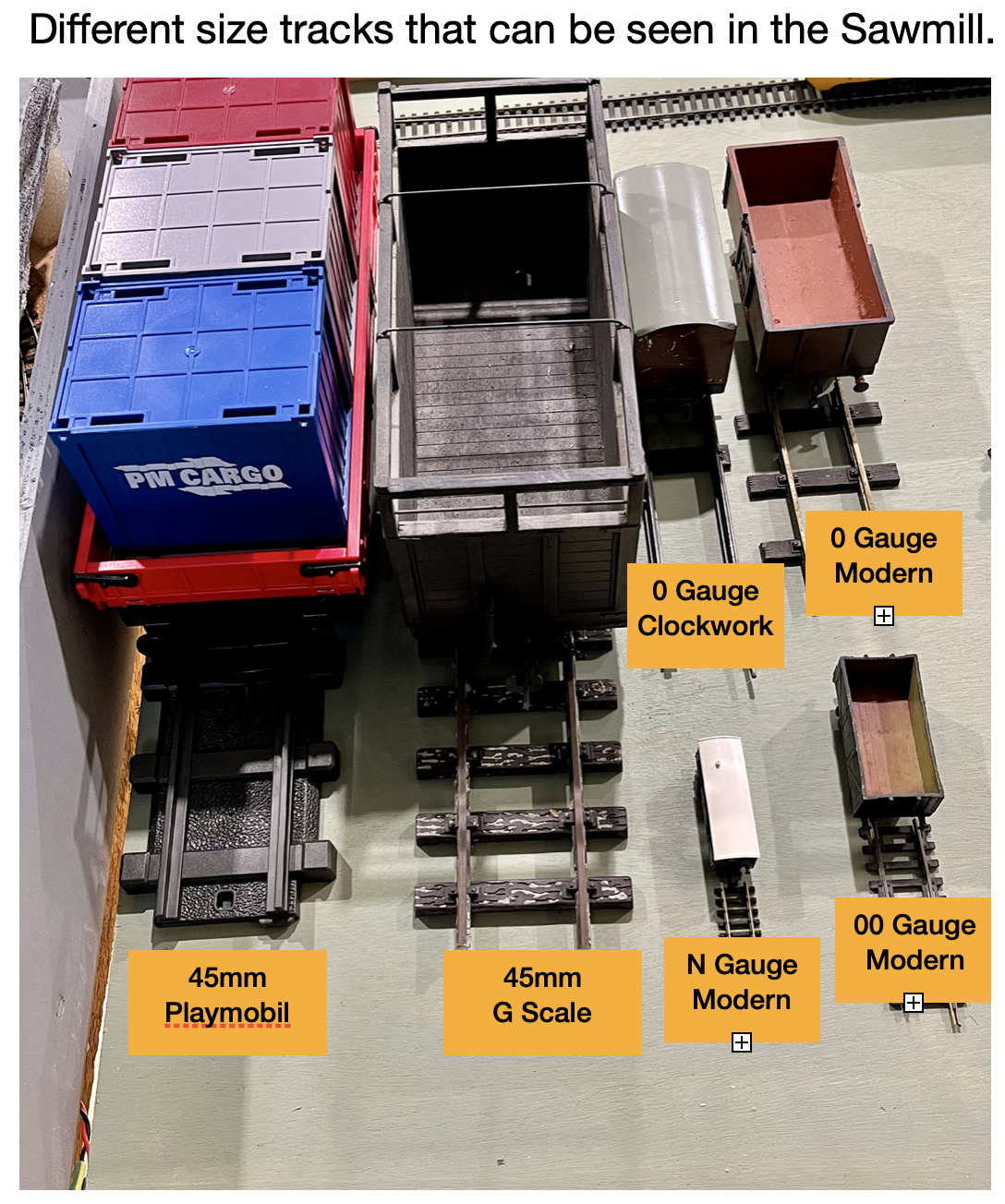 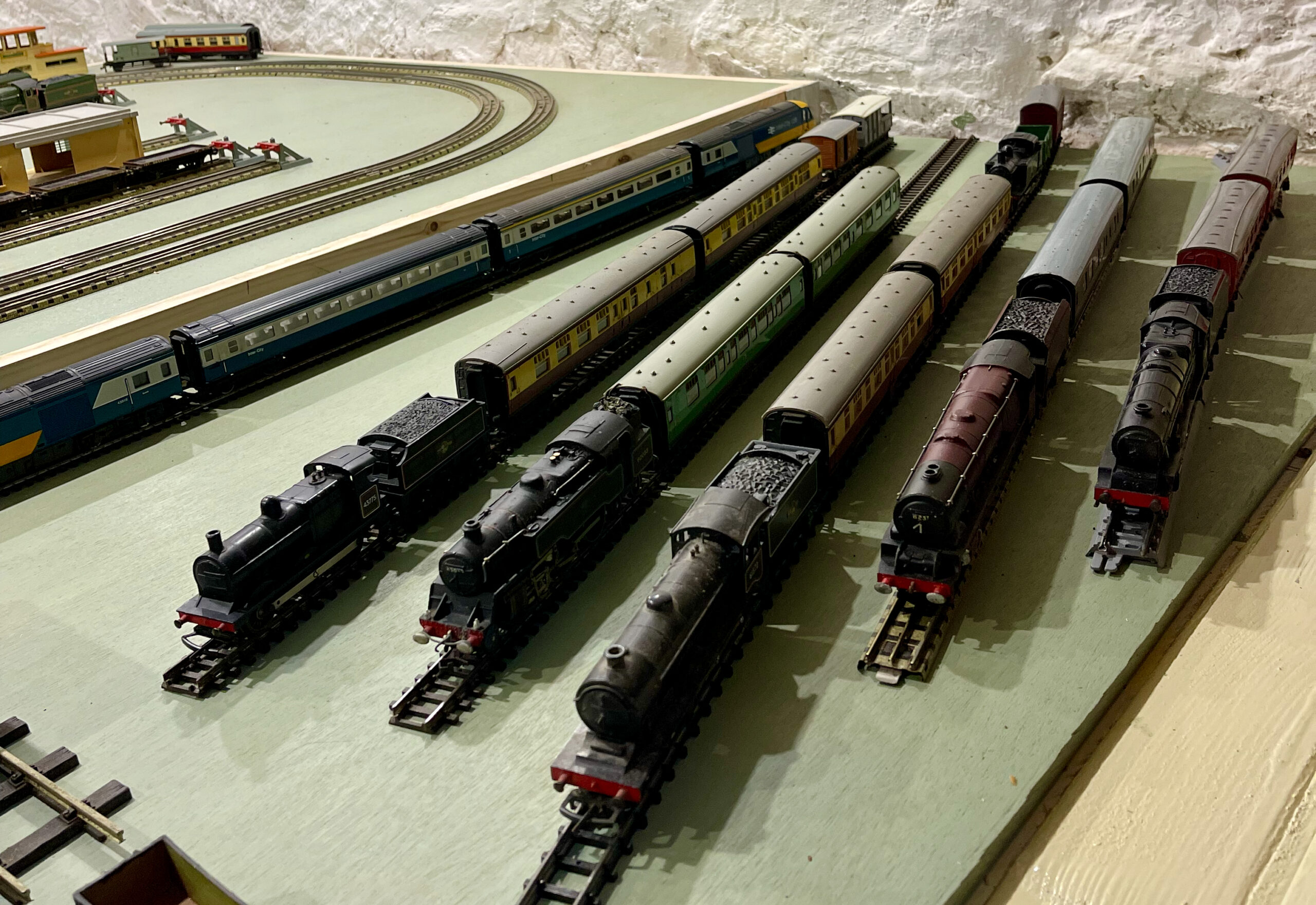 00 gauge track and rolling stock through the ages.

The engines and rolling stock you see here are placed on developments of the 00 gauge track starting with the plastic version you see at the front.

This is the typical of a layout that any proud father would be happy to play with his sons in the early 50s. The Hornby design department would have been keen to go straight to two-rail as a more realistic system, but it chose, what were at the time the many benefits of three-rail. Apart from the tinplate track being strong and durable, it had the benefit of good earth pickup from the wheels on both sides. Also, the shoe pickup from the centre rail is inherently self-cleaning. Two-rail is a bit fussier, depending on clean track and wheels to cope with having live on one track, and return on the other. At exhibitions where vintage Dublo is run, the three-rail trains seem to run slightly more confidently than their two-rail counterparts, but the life of the 3-rail system was short-lived  in favour of the more realistic 2 rails 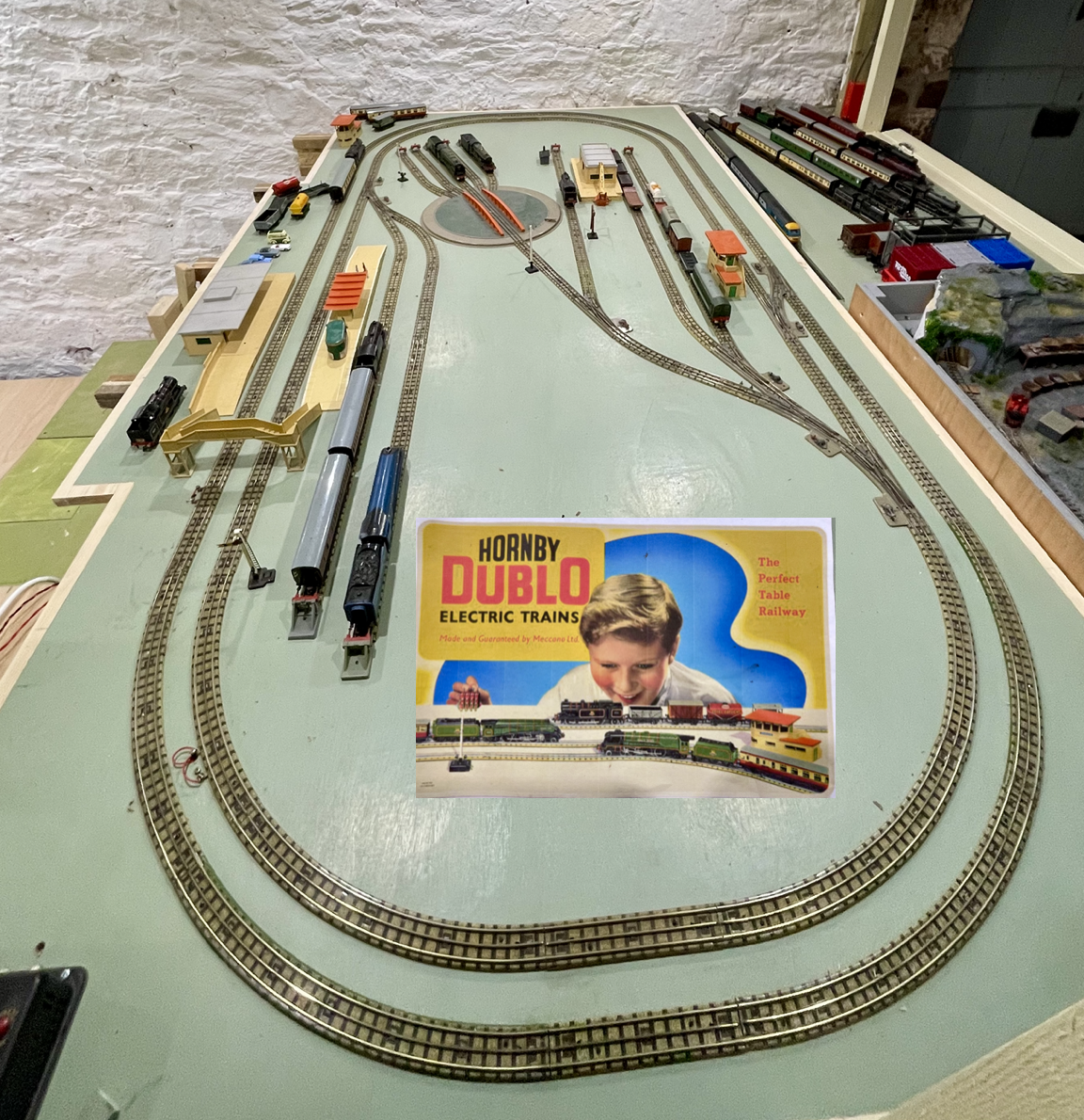